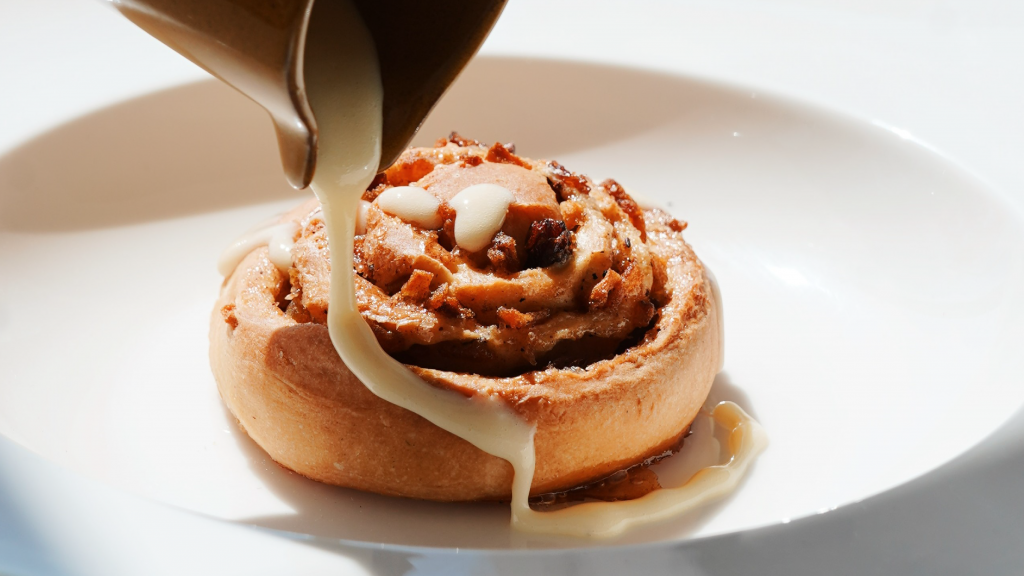 In the world of cuisine it is increasingly common to observe how more traditional elaborations are fused with different influences, techniques and traditions from different destinations. This creates an enormous cultural and gastronomic richness, giving our cuisine a personality and a history.

THE INTERNATIONAL CUISINE OF OUR PRIVATE CHEF IN GRANADA

Since our beginnings, we have always tried to implement in our creations our experiences, stories and influences that we have been collecting over the years, after visiting different places and cultures.

So in today’s post, we wanted to present you some of the dishes in which you can perceive gastronomic influences from different parts of the world. Let’s start.

The banoffee tart is an English cake made of bananas, cream and toffee, combined either with a shortbread base or with one made of crushed cookies and butter. For our version, we prepared it with a lotus cookie base, caramelized banana, dark chocolate pastry cream and homemade cream.

It is said that this preparation is typical of Liguria, northwestern Italy, however, history tells that it was the ancient Etruscans or the Greeks who invented this famous bread. The possibilities that this bread offers in its elaboration are infinite and all of them rich and tasty, perfect to enjoy at any time of the day or night, since in many parts of Italy it is eaten as breakfast or as a complement to lunch or dinner.

We make the homemade dough (of course) and then we add Iberian pork lard and marinated dried tomato, our secret to obtain a spectacular flavor. This time we fill it with mozzarella, organic veal, arugula and parmesan.

FINCA YANTAR-STYLE STRUDEL, A FUSION BETWEEN SWEDEN AND AUSTRIA

To prepare this dish, we based it on the traditional Austrian apple strudel and the Swedish cinnamon roll. Apple strudel is a typical traditional dessert of Austrian and southern German cuisine, whose origins could be traced back to ancient recipes from Byzantine, Armenian or Turkish cuisines. While the cinnamon roll is typical of Sweden and Denmark. In the past, it was prepared with more affordable products, as they were very expensive at that time.

Our version includes the cinnamon roll dough but the filling is made with butter, cane sugar, apple, raisins and cinnamon. Finally decorated with a delicious glaze.

A delicious flat bread prepared with sourdough and olive oil. It is a custom on the Day of the Cross to hand out salaíllas with raw broad beans and salted raw cod, just as you buy it in the stores.

For our version, we have decorated them with Iberian bacon, rosemary oil and we finish them off with a smoke. If you want to know more about our other elaborations, you can do it by clicking here.

We hope you have enjoyed this post and that you have discovered some curiosities about our cuisine and our inspiration.

This website uses cookies to improve your experience while you navigate through the website. Out of these, the cookies that are categorized as necessary are stored on your browser as they are essential for the working of basic functionalities of the website. We also use third-party cookies that help us analyze and understand how you use this website. These cookies will be stored in your browser only with your consent. You also have the option to opt-out of these cookies. But opting out of some of these cookies may affect your browsing experience.
SAVE & ACCEPT
Menu
Menu
Menu